Serving with Diligence and Loving Kindness

On 31 December 2011, Aloka Foundation initiated the first ever round-the-clock chanting of the Karaniya Metta Sutta and other mantras for world peace, harmony, and stability.

The following year, 24hr Metta was jointly organised with the Buddhist Missionary Society Malaysia (BMSM), and since then the annual 24hr Metta has been held at BMSM’s Samadhi Maha Vihara in Shah Alam, Selangor.

Over the years, thousands of like-minded friends from the world over have been participating in 24hr Metta and usher in the new year either in person, online, or offline. The year 2020 marks the 10th anniversary of 24hr Metta. 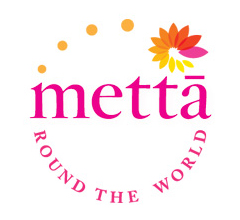 The first 24hr Metta initiative on 31 Dec 2011 right through to 1 January 2012 was the precursor for Metta Round the World, a global initiative for all peace-loving people to connect with one heart, one mind in prayer and meditation for world peace, harmony, and stability.

Initially, it called upon like-minded people, rallied through the Internet, in the practice of metta meditation for just 15 minutes on full moon days. This led to daily practice also for 15 minutes during the Vesak month of May 2012 and it culminated to One World, One Time, One Metta at the specific time of 1.00 GMT when participants collectively meditated from where ever they were at the same time.

For the past few years, One World, One Time, One Metta was held in conjunction with 24hr Metta in which individuals and groups around the world meditated at 8pm their local time. This effectively resulted in metta meditation round the world in different time zones.

The growing momentum of participation in this global meditation on compassionate love spurred a new phase initiated with the formation of Metta Round the World country chapters to facilitate greater participation and growth in the global collective healing force. 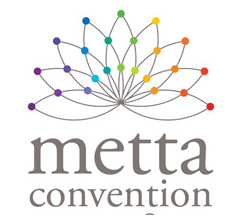 Bhante Mahinda initiated these international conventions to bring people from around the world for a meeting of minds to promote Metta for world peace, harmony and stability.

In the first Metta Convention, organised by the Singapore Buddhist Federation Youth in Singapore, the theme “Meeting of Hearts” was adopted.

Sri Lanka, which had then emerged from protracted war in 2014, hosted the second Metta Convention with the theme “Healing of Hearts”. The convention was organised by Sarvodaya Shramadana Movement Sri Lanka.

Following that, Metta Convention went to Australia in 2016. Organised by the Australian Buddhist Mission, the theme was “Connecting of Hearts” as the participants also connected with the spirituality in Uluru, the heartland of the aborigines.

In November 2018, Aloka Foundation hosted the fourth Metta Convention in Putrajaya, Malaysia, with the theme “Opening of Hearts”, and set the stage for Metta to be the binding force for stronger inter-faith understanding and harmony among the diverse religious faiths practised in Malaysia and also greater intra-faith collaboration among the various Buddhist traditions. 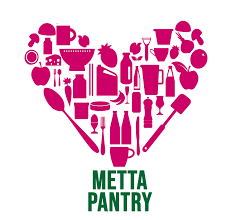 In light of the economic challenges brought by the Covid-19 pandemic and in line with the inspirations to “Stock Up with Kindness and Let No One Go Hungry”, Bhante Mahinda initiated the foodbank or community pantry initiative – Metta Pantry – in May 2020.

With the support from Aloka Foundation and the Buddhist Missionary Society Malaysia, as well as contributions from friends, supporters, and members of the public, pantries, in the form of shelves, were set up with essential food items in localities with concentration of poor and marginalised people.

To date, Metta Pantry has been set up in Klang, Selangor and at Jalan Ipoh in Kuala Lumpur.

Friends, supporters, and members of the public are encouraged to contribute in cash or in kind to stock-up the pantries so that anyone in need could help themselves to the food items, as needed.

Kindly WhatsApp to +6016 296 6223 or visit @Metta Pantry on Facebook for inquiries or if you wish to be a sponsor or location partner.